-open every day dawn to dusk- 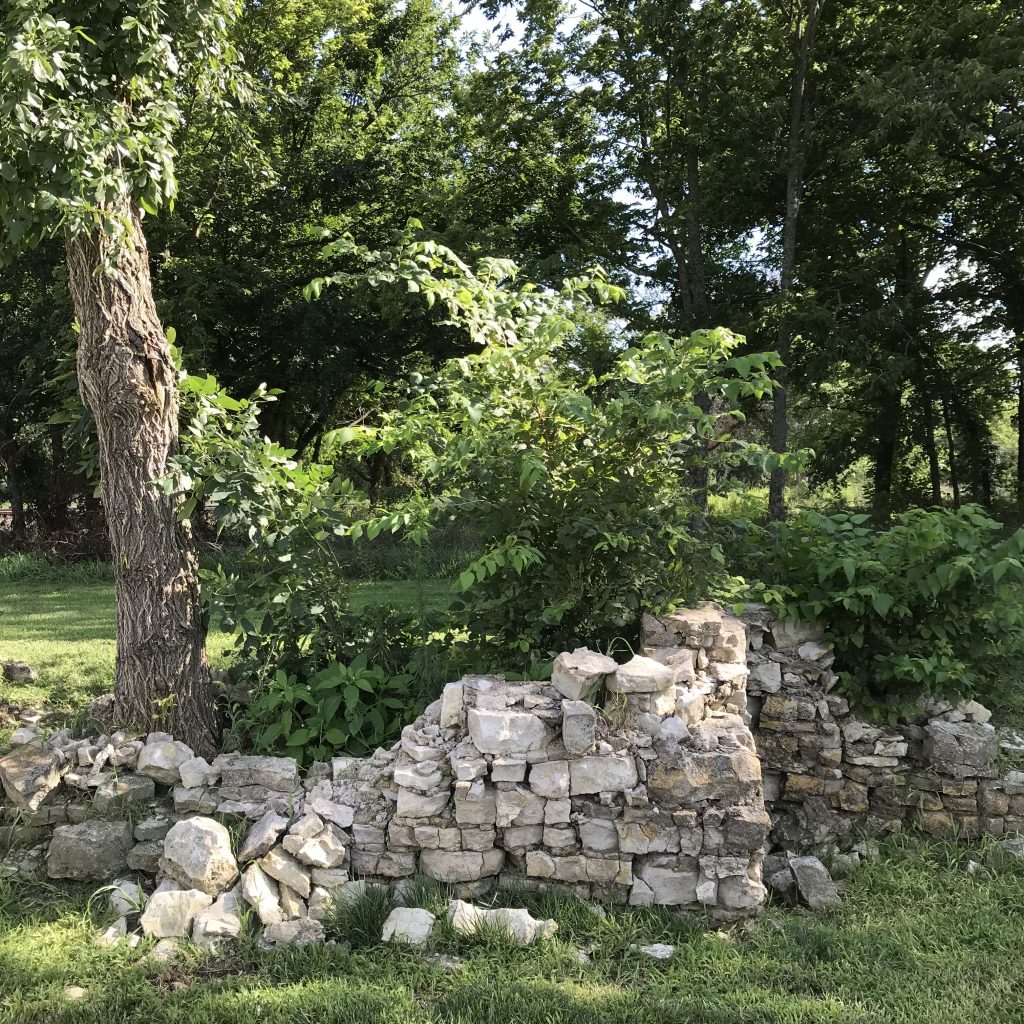 “The Ruin” Photo by Dana Fritz

Enjoy the fresh air and the Flint Hills. Take a walk around Volland and through the draw.

Wave to the train as it goes by, and fly a kite.

Did you know that Volland had the first tennis court in the area – and a softball team?

Families gathered here every Sunday afternoon, and sometimes there were a hundred people.

Renew the tradition, get out of the house, and bring your dog on a leash.

Please note:  The Volland Store is closed on non-event days, and restrooms are unavailable. 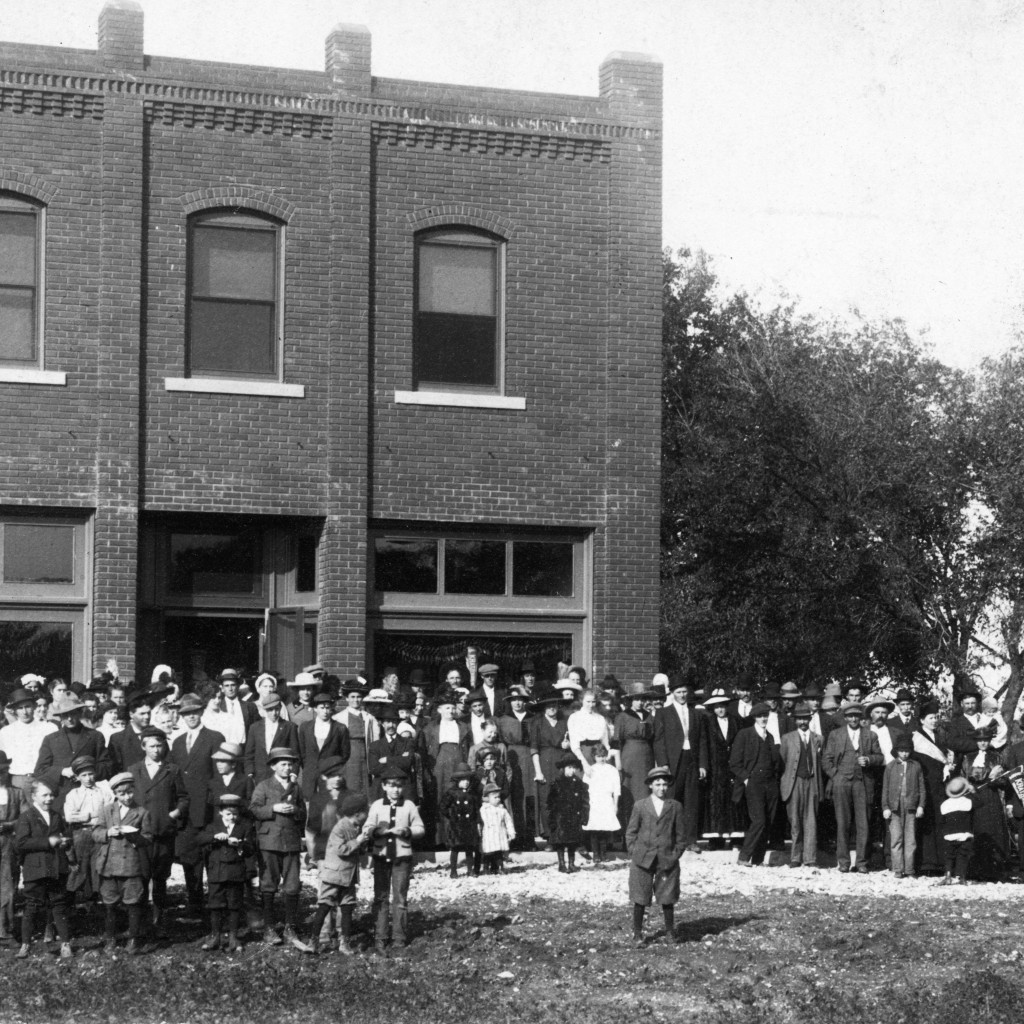 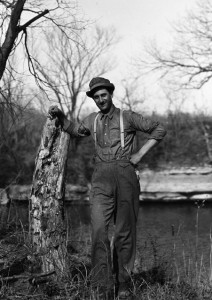 “The Ruin” of the Kratzer House | From here you can see the original Kratzer Brothers Mercantile (the little white store across Volland Road), the present-day Volland Store, train tracks, and the former site of the Train Depot and Cattle Pens (long gone) that sat near the original mercantile.

Before it was a “Ruin” 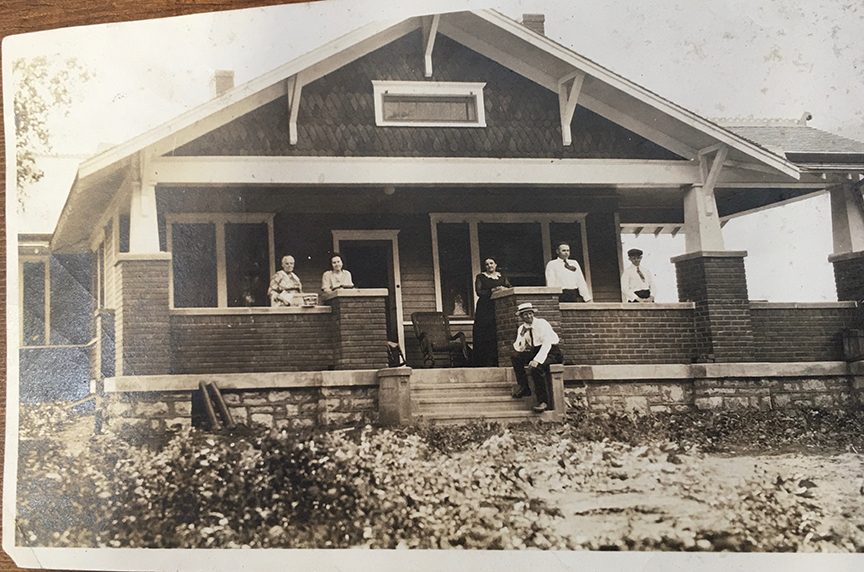 The Kratzer house caught fire in 1929 from cinders of a train’s steam engine and burned to the ground. Otto Kratzer and his family moved to the top floor of the Volland Store. The remains of the house are the “Ruin” today.

Future plans include re-purposing the “Ruin” for theatre and other outdoor programming.

During the railroad’s development in the 1880s, builders added a station between Alma and Alta Vista, one of the steepest inclines in Kansas.  A nearby creek (Mill Creek) refilled steam engines, and the stop became Volland.  Passenger service was offered through 1942, cattle shipping continued until 1962 (when trucking became the preferred method to ship cattle), and mail delivery served Volland until 1955.  It was a lively place in the first half of the twentieth century. 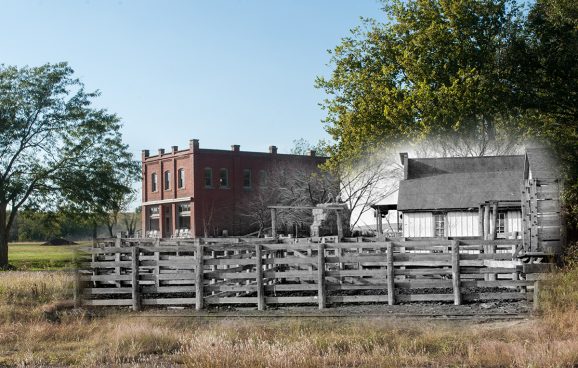 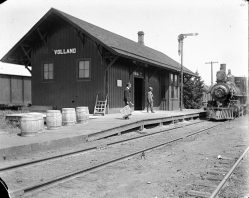 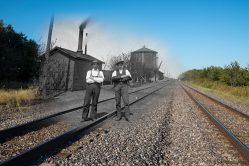 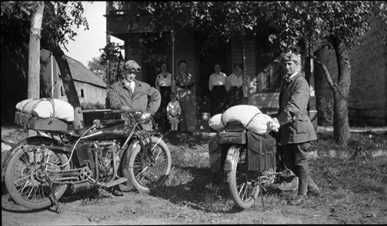 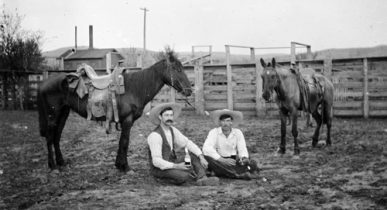 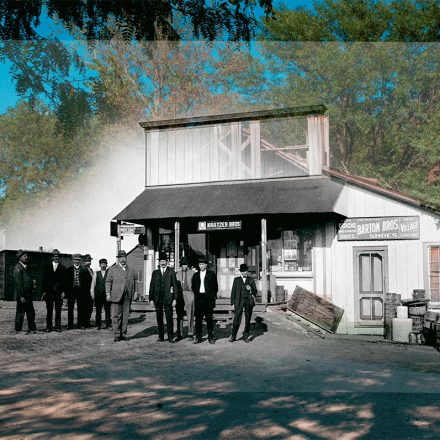 Volland Hill | Look beyond tracks to the top of the hill. Volland is spelled in limestone rocks, indicating the town the train was passing through. It is most visible after prescribed Spring burning.

Enjoy this delightful film, produced by Greg Hoots with a grant from Humanities Kansas, for the Grand Opening of The Volland Store in June 2015.

to the The Trail Through the West Draw

Walk the trail at your own risk.

Seasonal Creek | The area’s watershed flows through this draw to West Branch of Mill Creek (just across the railroad tracks). The stream is seasonal, usually running dry in the summertime. Native trees are found near waterways in the Flint Hills, and the trees lining this streamed are Black Walnut, Hackberry, and Buckeye. Look for the giant Hackberry tree. 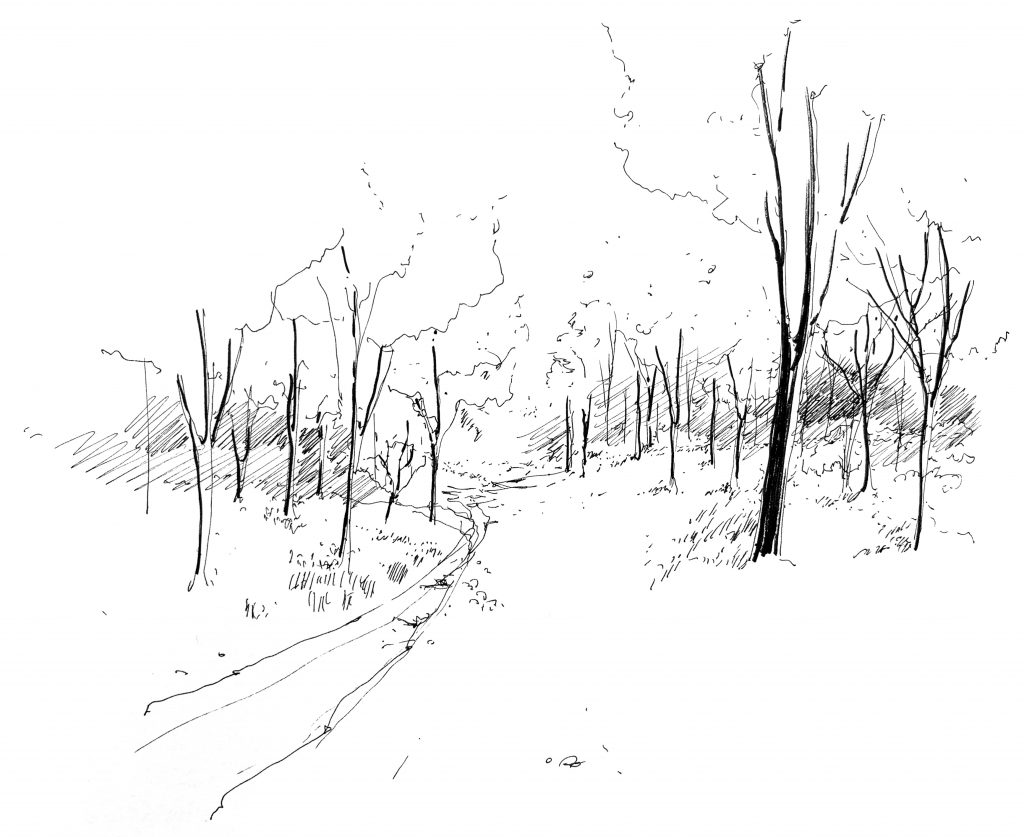 Emerging from the Draw onto the Prairie | The brome field is on your right (to the south). A  non-native perennial grass, brome is cut and baled in June, for storage until wintertime to feed cattle.  Native Tallgrass Prairie is on the left (to the north).  The original prairie has not been touched by the plow. Native species include wildflowers, native prairie grasses, and sedges. At each stop on your walk, scan the landscape to see what you can see. 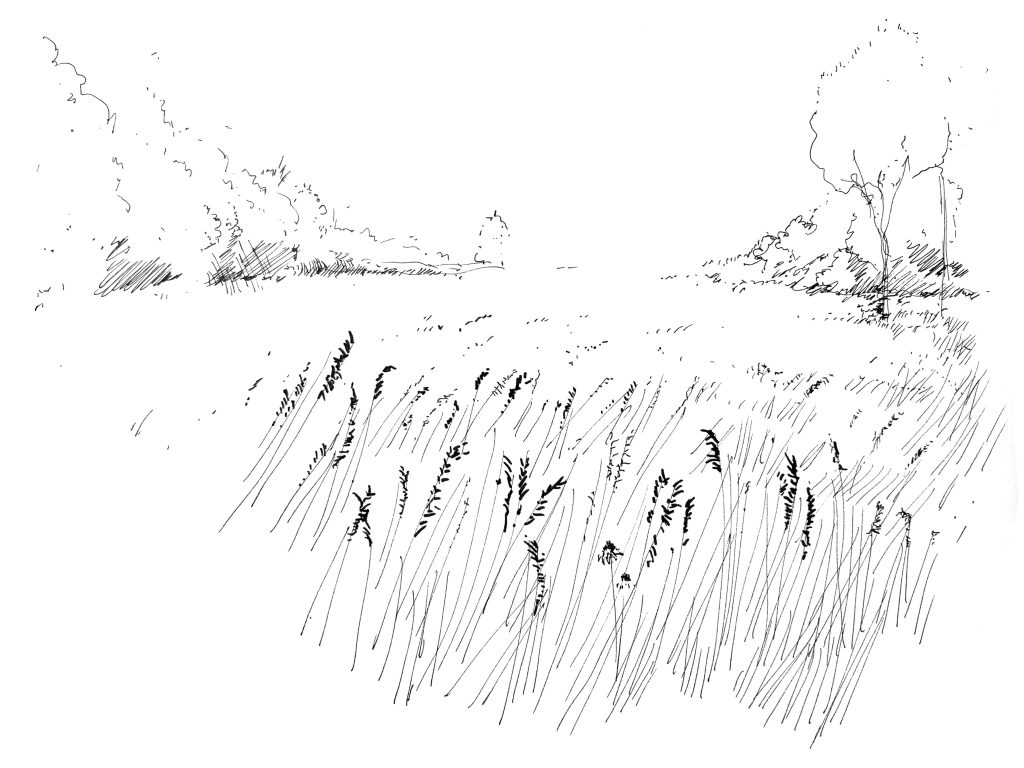 The Trail ends at the Corral with a view toward…..Volland Re-Imagined
The Volland Residency Program offers artists, scientists, and humanitarians time and space in the little houses of Volland where they can enjoy nature, live simply, be inspired, and  engage with the local community. 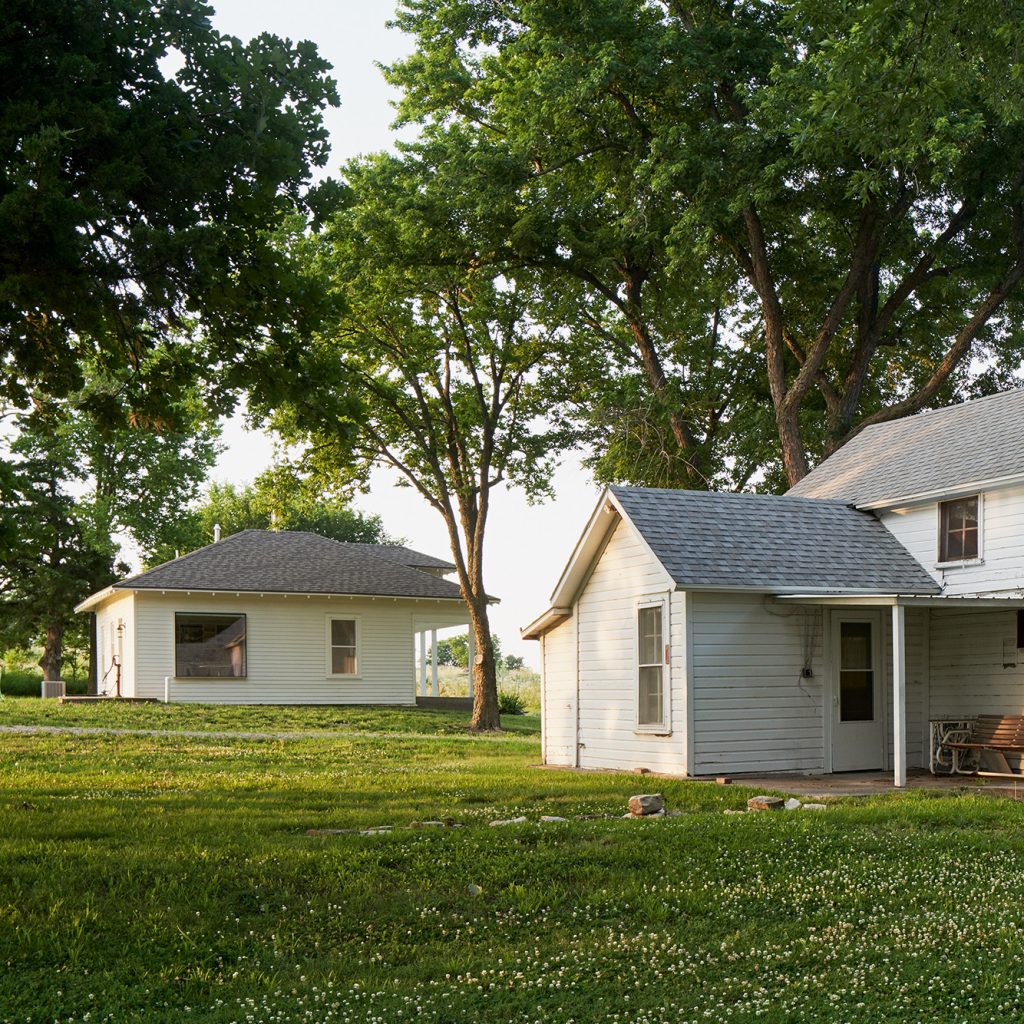 The Little House | A “kit house” from the 1920s. In 2019 the Design+Make studio of architecture students at K-State redesigned the house for the Residency Program at Volland.
More information on the Loft and the Little House. 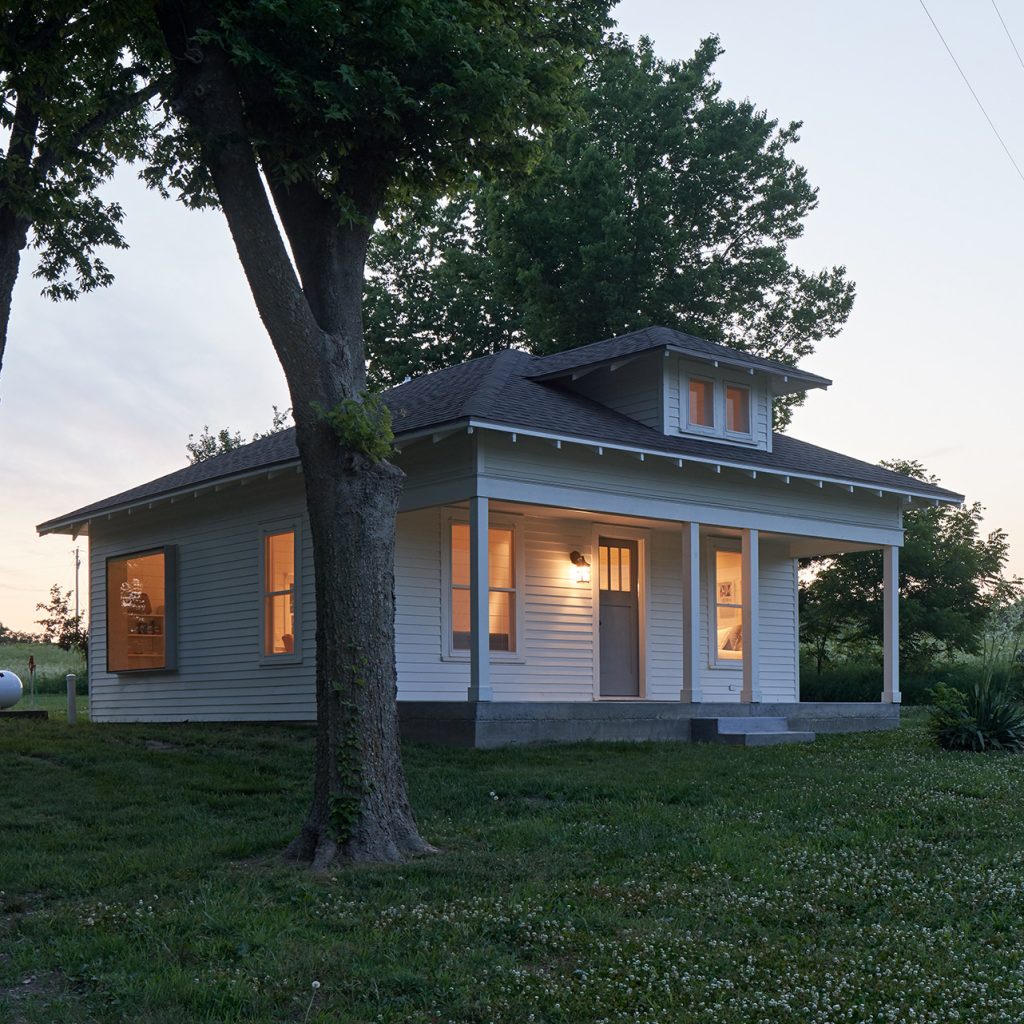 “Otto’s House” | Originally located just south of the Old Kratzer Store. It was moved there (dragged by horses) from the neighboring Fix Ranch to be the home of the new bride of a previous owner. Mr. Fix wanted his daughter to have a “real house,” not the lean-to addition of the store. Later it became home to Bill and Otto Kratzer when they moved to Volland in 1905 to establish their mercantile.  Eventually it was moved to its present location, and after refurbishing, it will host residency participants. 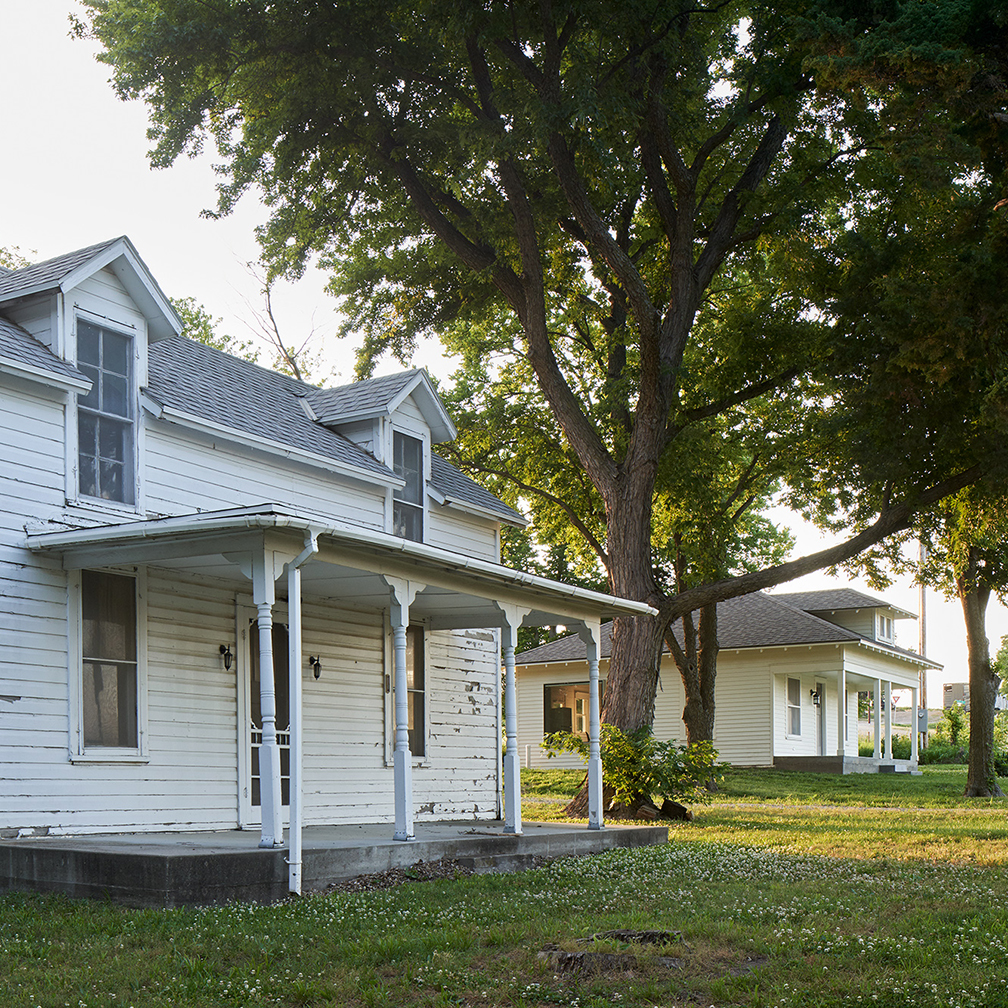 The Blacksmith Shop | First located by the railroad tracks, it was later moved to be closer to the Store. 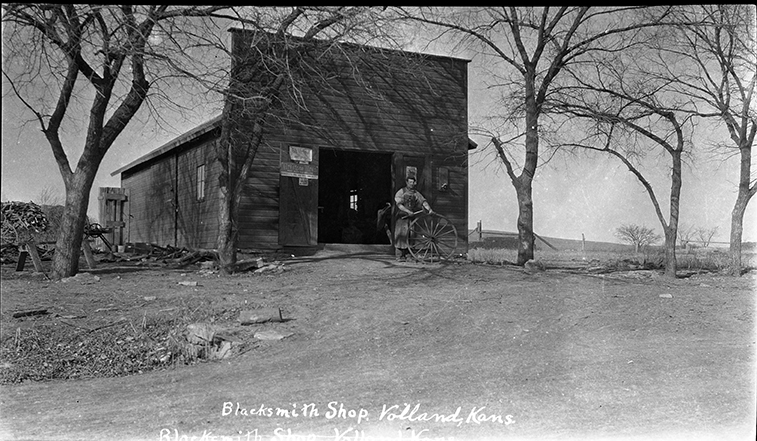 Today it is a gathering place for lunch, an art workshop, or a backdrop for musicians entertaining an audience in the picnic grove. 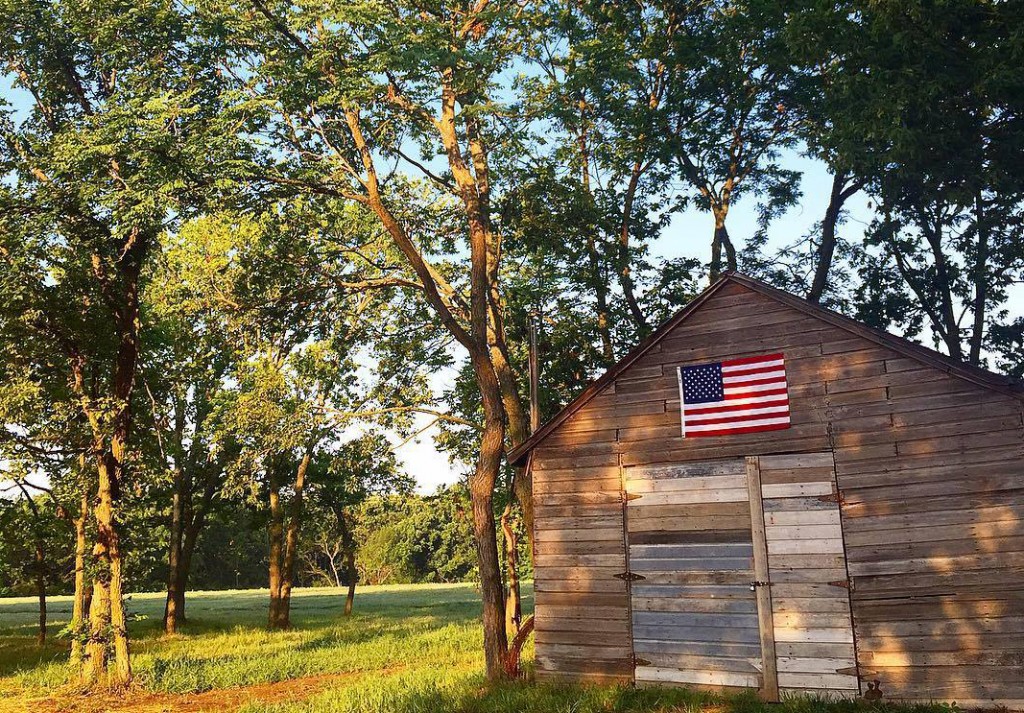 The Icehouse Garden | Sitting atop the location of the original Icehouse, the garden walls are formed from the stones that once lined the deep pit where ice was stored.  Men cut ice from frozen creeks and brought it here before delivering it to surrounding ranches where it was  stored in root cellars and covered with straw to serve as refrigeration. 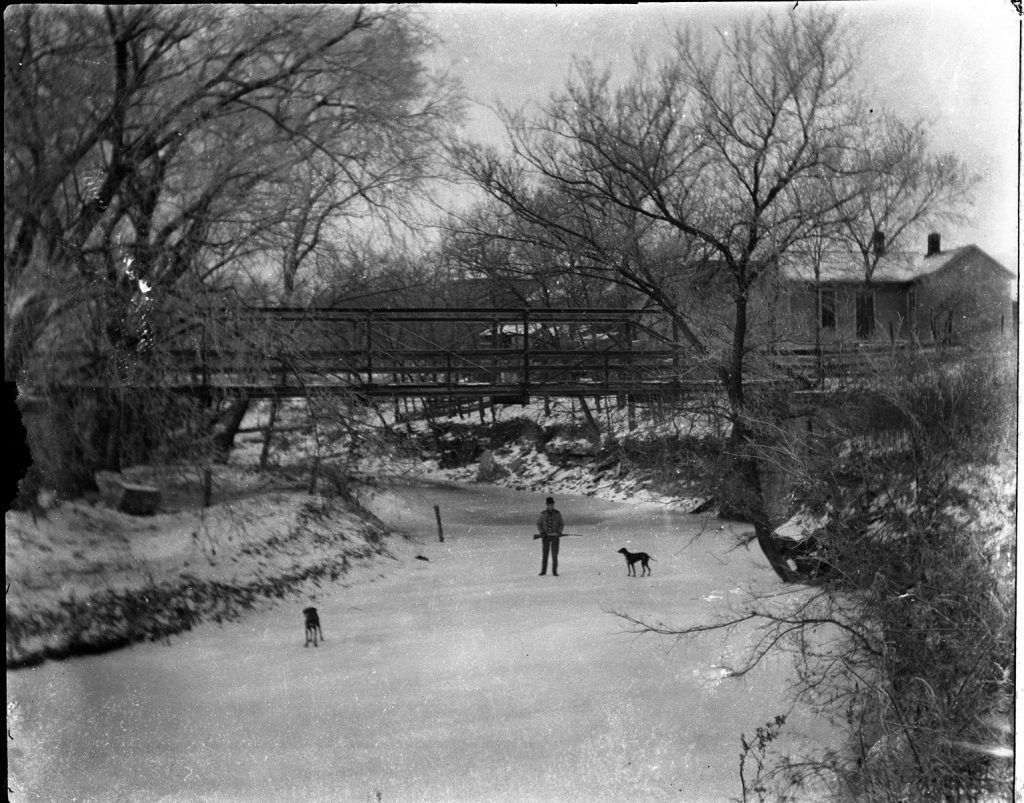 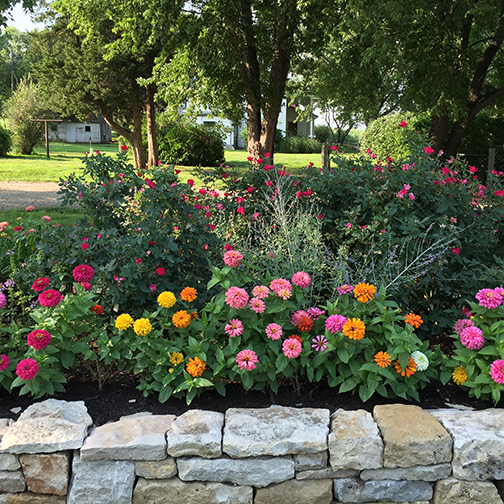 The Volland Store | Now hosts art exhibits, music concerts, horse shows, vintage motorcycle shows, talks by artists, and many community gatherings. It is a Place for Art and Community. 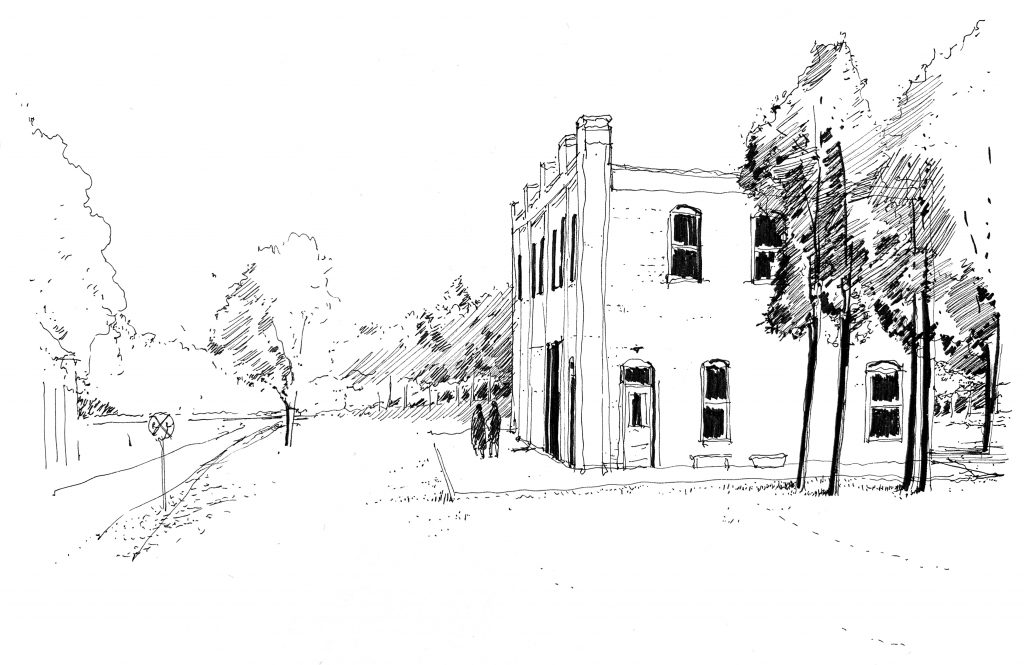 Visit the Happenings page for latest information on activities at Volland.