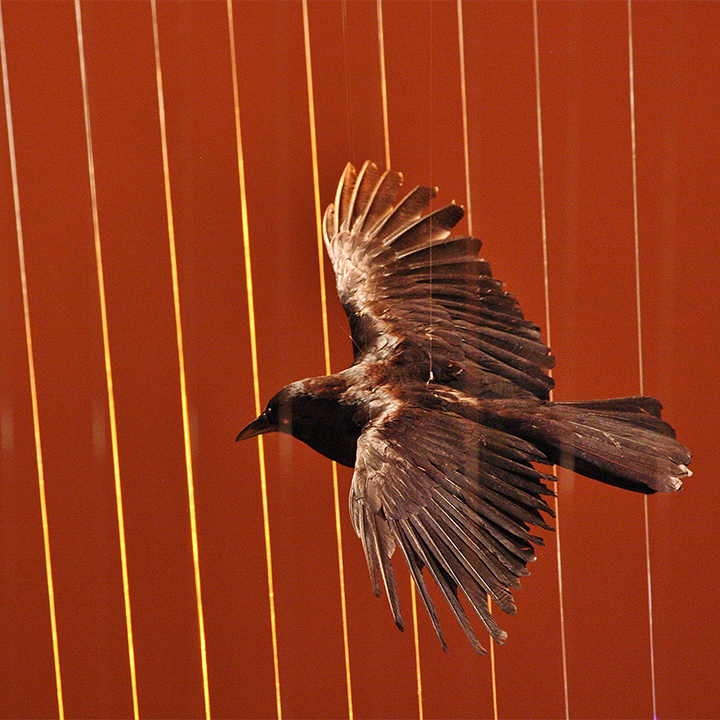 My work explores what Wendell Berry calls the “unsettling of America,” namely, the effects, the marks, and the changes that humans make on the land and cultures of a given area. My installations demonstrate my desire to create art that gives viewers time and space to think about the local communities, economies, and ecosystems they inhabit. It is my hope that my art initiates questions which remind viewers of their importance, their responsibilities, and their place, on earth and in the order of things—the local cultures they share with other creatures.  In preparation for this installation, I became enthralled by the history of this area, and how it has become for me – in a symbolic sense – an axis for the whole of the United States, rippling out through time and space.

History is a social expression of geography, and western geography is violent.

For nearly three decades, I have been exploring through my art what Wendell Berry calls the “unsettling of America:” the effects, the marks, and the changes that European Americans have made on a specific locale. In preparation for this installation, I became enthralled by the history of this area, and how it has become for me – in a symbolic sense – an axis for the whole of the United States, rippling out through time and space.

Approximately 130 miles from here (by the way the crow flies) is the point of the geographical center of the contiguous United States. Kansas takes its name from the Kaw nation and is made up of counties whose Native American names are sprinkled across it. It is not only ironic, but also symbolic that the geographical center of the United States – Kansas – played a pivotal role in the western expansion of this nation through policies and acts known as Manifest Destiny.

Even before statehood, Kansas was the axis of the United States both socially and politically. Beginning in 1825, the Kansa was a frontier land on which Indian tribes were forcibly relocated. Through the Indian Removal Act of 1830, signed into law by Andrew Jackson, the Kansa officially became Indian Territory.

The Oregon and the Santa Fe Trails began just across the western border of the United States in Independence, Missouri, and then cut across the Kansa deep into the newly acquired lands of the Oregon Country and the Mexican Cession. In 1854, the Kansas-Nebraska Act became law, allowing white settlers to migrate into the Territory. This act precipitated the start of the American Civil War through the border war known as Bloody Kansas.

On Jan. 29, 1861, Kansas was admitted into the Union as a free state and in 1862, the Homestead Act became law. This act encouraged people to immigrate to and become citizens of the United States by moving onto native Kaw lands and other newly formed tribal reservations. Indigenous cultures were once again forced from their land and treaties became non-existent. The destiny of the western United States was being made manifest.

In preparing for this exhibition, I came upon the poetry of William Cullen Bryant. His 1833 poem, “The Prairies,” inspired the name of this installation:

These are the gardens of the desert, these

The unshorn fields, boundless and beautiful,

For which the speech of England has no name —

The Prairies. I behold them for the first,

And my heart swells, while the dilated sight

Takes in the encircling vastness….

Bryant (1794-1878) was a journalist from Massachusetts, and historically one of America’s greatest poets. (He actually never visited the Kansa region.) He was an outspoken advocate for human rights, whether it was the rights of laborers to form unions or the abolition of slavery. He even was a proponent of same-sex marriage and advocated for the acceptance of religious minorities and immigrants. Bryant was an artist in the truest sense. His life is a story of example, of inclusion for all – a poet seeking truth.

Conceptually, Encircling Vastnesshas two meanings that play off of each other. The vortex form rises from a base of ground corn, a plant that symbolizes life and fertility. As it gains height, the form spreads outward, forever, infinitively. Life and truth become vast, the more we create a space and open ourselves to new understanding, the more we expand our horizon.

The vastness of this prairie state extends outward from the deep geologic time of the sedimentary rock layers of the Flint Hills to the arid west and the Rockies to the rich glacial soils of the mid-west and the Appalachia. It makes up what we call the heartland of the United States. And seen from above, dark birds soar, circling as silent witnesses of the history of what has happened and is happening, before and after human habitation of this vast land.

It is only fitting that Kansas, the axis of the U.S. geographically, socially and politically, should be a place that reflects and radiates outward, as an example of hope, of compassion and of openness, to all and for all, especially today.

As Bryant penned, “Truth crushed to earth will rise again.”

I was born in Mt. Pleasant, Utah, and grew up in the small logging village of McCall, Idaho, surrounded by the mountainous Payette lake watershed. My fondest childhood memories were picking huckleberries in the forest. This childhood love of collecting continues with me to this day. The landscapes I live in become my studio, but rarely do I use them as subject matter nor do I draw or paint in them. Instead, I wander in and observe, spending years collecting indigenous natural materials to create “new landscapes” and new forms.

I attended Utah State University, graduating in 1987 with a BFA in Drawing. I also received the University’s Robins Award for Achievement of the Year, and an anonymous gift of $500 to further my education in art. To this end, I attended graduate school at the University of Iowa, and earned both an MA and an MFA (1990) in Drawing/Painting.

Since 1993, I have maintained an active exhibition schedule, showing drawings, sculptures, and numerous large-scale, site-specific, place-based installations at venues throughout the U.S.

Skabelund’s most recent work was installed at a historic fire tower, Bandelier National Monument, New Mexico.  It may be viewed at http://shawnskabelund.com/installations/edge-effect-2018/

During graduate school I began writing poems but chose to remain a “closet poet” until 2016 when I published Life Shards: Poems.  Place has always played an important role in my  poetry and for the last 35 years the prairie and Flint Hills have been the subject of many of my poems.

I am thrilled with the opportunity to share my poetry that will include poems written last fall when I spent a week as a Volland Store poet-in-residence in preparation for my forthcoming book.  I refer to myself as a ‘grassroots poet’ and I believe my poems provide others with a connection to the Flint Hills, and other places, in a way that they can relate to through their own feelings and experiences.

Almost every time I drive to Volland, the magic of the Flint Hills creates the image of a poem in my mind, one that will not go away until I have captured it on paper.

August 26 | Joyce Thierer, Ride Into History, “Coming to Kansas Territory,” a first-person narrative of Mary Fix, one of the earliest settlers in Volland, and Joyce’s great-great-grandmother.

All events are at The Volland Store at 2 pm

The exhibit and associated programming are made possible with the support of
Kansas Creative Arts Industries Commission
National Endowment for the Arts
Volland Store Fund, a 501c3 nonprofit administered by
the Kansas Rural Communities Foundation