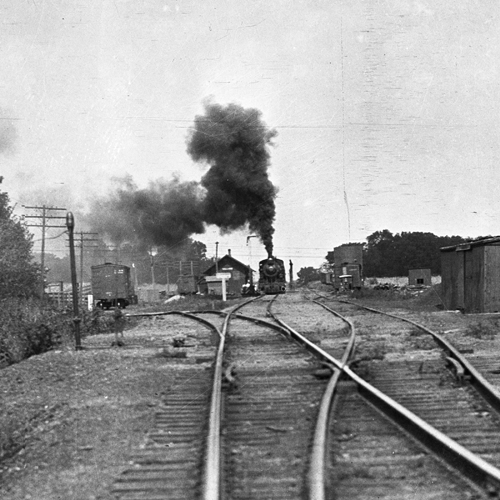 Like so many rural towns, Volland began with a railroad.

When the Rock Island built its line through the county starting in 1887, it needed a place midway between Alma and Alta Vista for locomotives to take on coal and water. That place was first called Grafton, platted on land bought from Henry Grimm and Henry Volland, who in 1890 petitioned the state for a name change.

That year also marked the high-water mark for the population of surrounding Washington Township: 400 residents, most of whom did their shopping and socializing in Volland.

The Rock Island built a depot, a water tower, a coal chute and cattle pens alongside the tracks. A post office opened, as did a one-room store where Otto Kratzer would get his start in 1904 with his brother Bill.

By this time Volland was bustling. The trains brought manufactured goods for the settlers and exported farm products and cattle fattened on Flint Hills grass, and the Kratzer brothers prospered. They bought land across the road for a new store, two stories high and made of brick. The grand opening took place Oct. 18, 1913, and hundreds attended.

The store was a communications center as well as a retail destination. It housed the post office and two telephone lines, one to Alma and the other to Alta Vista. Long before many farmers had phones at home, they could make their calls from the Kratzers’ store.

Cowboys from the stock pens, sections crews from the Rock Island, farmers and their families all generated an atmosphere of excitement and enterprise in little Volland. A traveler could start a journey around the world down at the depot (although Otto Kratzer conducted his western adventures aboard an Indian motorcycle). 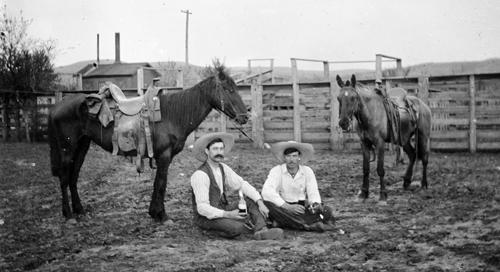 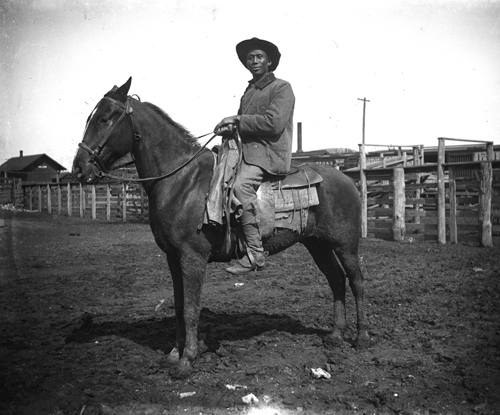 But little by little, the population shrank. As early as 1900, some original homesteaders had sold up and moved on. The years between the world wars were good ones in Volland, but from 1930 to 1950 the town’s future became clear. The Depression knocked out some farmers, and World War II sent township residents off to urban factories and overseas, never to return.

The ranches that survived the Depression got bigger but needed fewer hands. Trucks began hauling cattle on roads that were paved, not gravel.

The Rock Island closed Volland’s depot in 1942. Although the station re-opened briefly each spring and fall for the next 20 years to accommodate the cattle, the town’s incoming mailbag was flung from a railcar, and the outgoing bag was snagged from a hook as the train rolled by, no longer stopping for freight or passengers.

In 1955 that exchange stopped too, when the post office closed, and Postmaster Otto placed a perfect, final postmark on an Oct. 31 card to his granddaughter Karen.

The town witnessed its last cattle train in the fall of 1962. Afterward cattle still came and went, but only by truck.

Otto Kratzer hung on at the store through the rise of supermarkets, but the death of his wife, Mabel, in 1970, struck him hard. He died the next year, just shy of his 85th birthday. His heirs locked the place up, with much of its merchandise still on the shelves, creating a ghost town of Volland.

In the last 10 years, a renaissance of sorts has sprung up. Several young ranching families have moved in, and non-residents also have purchased property. Descendants of homesteaders are restoring historic barns and schoolhouses. With the renovation and reintroduction of Otto Kratzer’s long-abandoned store as a community hub, Volland might just have a future to match its vibrant past.