The composer will make introductory remarks 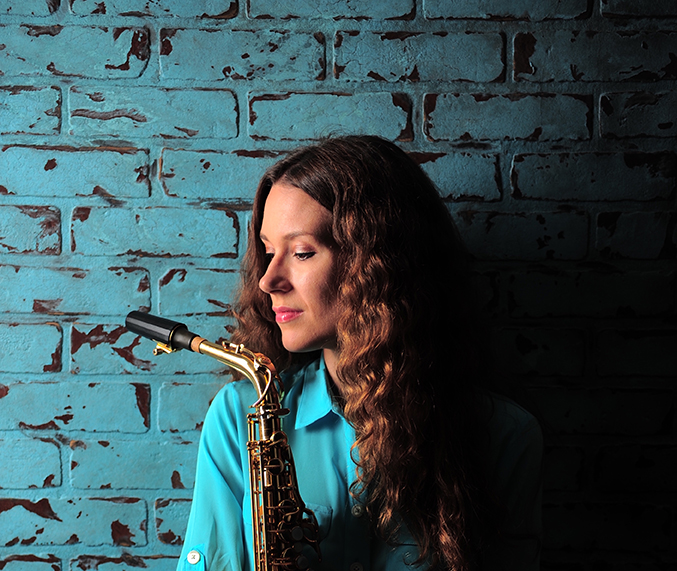 Please join us for a live musical performance of The Loveliness of Air on Sunday, April 7, 2019, at 2 pm at the Volland Store in the Flint Hills.

A performance of The Loveliness of Air will also occur on Thursday, April 4 at 7:30 pm in the UMB Theater within the Marianna Kistler Beach Museum of Art located on the Kansas State University campus.

THE LOVELINESS OF AIR is an electroacoustic original composition based upon selected poetry and prose of children under the age of 15 who were victims of the Theresienstadt (Terezín) Nazi concentration camp between the years 1942 and 1944. Of 15,000 victims who passed through this prison camp, 100 returned. The composition and production of The Loveliness of Air was supported in part by a grant from Arizona State University, and was composed and engineered by Dr. Joseph Wytko. It includes narrations in nearly one dozen languages and features guest saxophone solo artist Dr. Anna Marie Wytko, Associate Professor of Music within the Kansas State University School of Music, Theatre and Dance.  Additionally, the performance includes various theatrical elements. The poems, prose, and drawings are all that are left of these children. Their ashes have long since sifted across the fields.

Saxophonist ANNA MARIE WYTKO is Associate Professor of Music at Kansas State University and Artist-Clinician for the Yamaha Corporation.  International concerto performances include those as soloist at Carnegie Hall for the New York International Music Festival, soloist with the Banda de Conciertos de San José in Costa Rica as part of Sax Fest Costa Rica International, soloist with the Polish Air Force Wind Symphony in Poland, and concerto soloist performances throughout England and Scotland. Professor Wytko was Featured American Artist at the Fourth International Saxophone Festival of Montevideo in Uruguay.  Dr. Wytko recently presented a substantial concert and teaching tour throughout Italy, including performing and teaching at major venues in Milan, Bologna, Perugia, and Florence.  Hailed by international music journal The Absolute Sound as an artist “possessing a prodigious technique plus extraordinary control of tone and dynamics,” she has recorded on the Jeanné Digital Recording label and TimeGrabber Digital Recording label. RJ Upmarket Press released Professor Wytko’s book publication titled The Saxophonist As Rank Beginner And Beyond – A Guide for Saxophone Methods Class, Band Directors, and Private Instructors.  Anna Marie is a founding member of the internationally acclaimed chamber ensemble Ascendo3.  www.AnnaMarieWytko.com

Saxophonist JOSEPH WYTKO, Professor Emeritus at Arizona State University and Artist-Clinician with Selmer Paris and Conn-Selmer USA, has performed as soloist with such orchestras as the Pittsburgh Symphony Orchestra, the World Saxophone Congress Orchestra, and orchestras in Europe and Mexico. He has served as orchestral saxophonist with the Phoenix Symphony Orchestra since 1976, and has performed as saxophonist with the Chicago Symphony Orchestra, the Grant Park Orchestra of Chicago, and the Arizona Musicfest Orchestra. He was Visiting Professor of Saxophone at the University of Georgia in 2010-11. A past recipient of the prestigious Solo Recitalist Fellowship from the National Endowment for the Arts and a Senior Scholar Grant from the International Research and Exchanges Board, he has performed in Carnegie Recital Hall, San Francisco’s Herbst Theatre, and in the East Room of the White House and throughout the U.S., Europe, China, Mexico, and Canada. His CD recordings have been featured on “in flight” audio entertainment programs for United Airlines and U. S. Airways. The subject of an article in the 2nd edition of the New Grove Dictionary of American Music, Dr. Wytko recently contributed five articles to this publication (Oxford University Press).  www.JosephWytkoSaxophone.com

The Loveliness of Air (I Can’t Breathe)  is made possible with the generous support of the Earl J. and Leona K. Tranin Special Fund of the Jewish Community Foundation of Greater Kansas City
and
Donors to the Volland Store Fund, a 501c3 nonprofit administered by the Kansas Rural Communities Foundation