Ranchers are great story-tellers; suburban folks are searching for a ‘story’ about everything they purchase right now.   –  Matt Perrier

Kansas Ranchers Randall Debler (Wabaunsee County), Debbie Lyons-Blythe (Morris County), and Matt Perrier (Greenwood County) are featured in the current exhibit “Kansas Farmers, Ranchers, and You.”  They will lead a lively conversation and answer your questions. 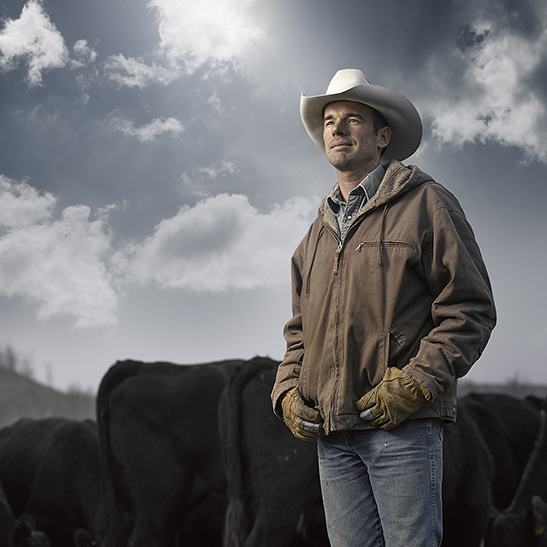 grew up on a farm and had always wanted to get into agriculture, but after graduating from Kansas State University with a degree in animal science, he knew that buying enough land and animals to start a cattle operation would be an expensive proposition.  According to an article written by Megan Hart for the Topeka Capital Journal, “Randall…had to get creative when it came to finding a way to finance [his] dream.”  He was fortunate to partner with a rancher who didn’t have someone positioned to take over the family ranch and who admired Randall’s  capabilities and dedication.

Today, Randall uses scientific knowledge and carefully considered decisions to improve the quality of his cattle and the land, while preserving the legacy of the 100-year-old ranch with which he is partnering.

“…. it doesn’t matter if it’s the fifth-generation family member to inherit the land, or a first-generation hopeful buying in, passing down the tradition of raising quality beef is what matters.”  – Nicole Lane

has always been an advocate for agriculture, ensuring that consumers know and can feel confident about where their food comes from. When she was named the America’s Farmers Mom of the Year in 2012, she took advantage of the opportunity by expanding her blog’s reach, connecting with urban moms across the nation to address their questions and concerns.

Debbie is mindful of the environment when she manages her cattle.  As she does the daily work of taking care of the cows and heifers on their 125-year-old family ranch, she is quick to point out that she oversees an entire ecosystem.  In the book Kansas Farmer Debbie says, “Wildlife is so integral  to our ranching operation.  If you are doing the right thing by the cattle, you’re also doing the right thing by wildlife.”  She adds “If I manage the prairie and the water well, that’s going to make a better habitat.”

Debbie is an original environmentalist, like most ranchers.  She takes good care of the grass. She produces good food for people.

Debbie Lyons-Blythe is a graduate of Kansas State University in agricultural communications and journalism. 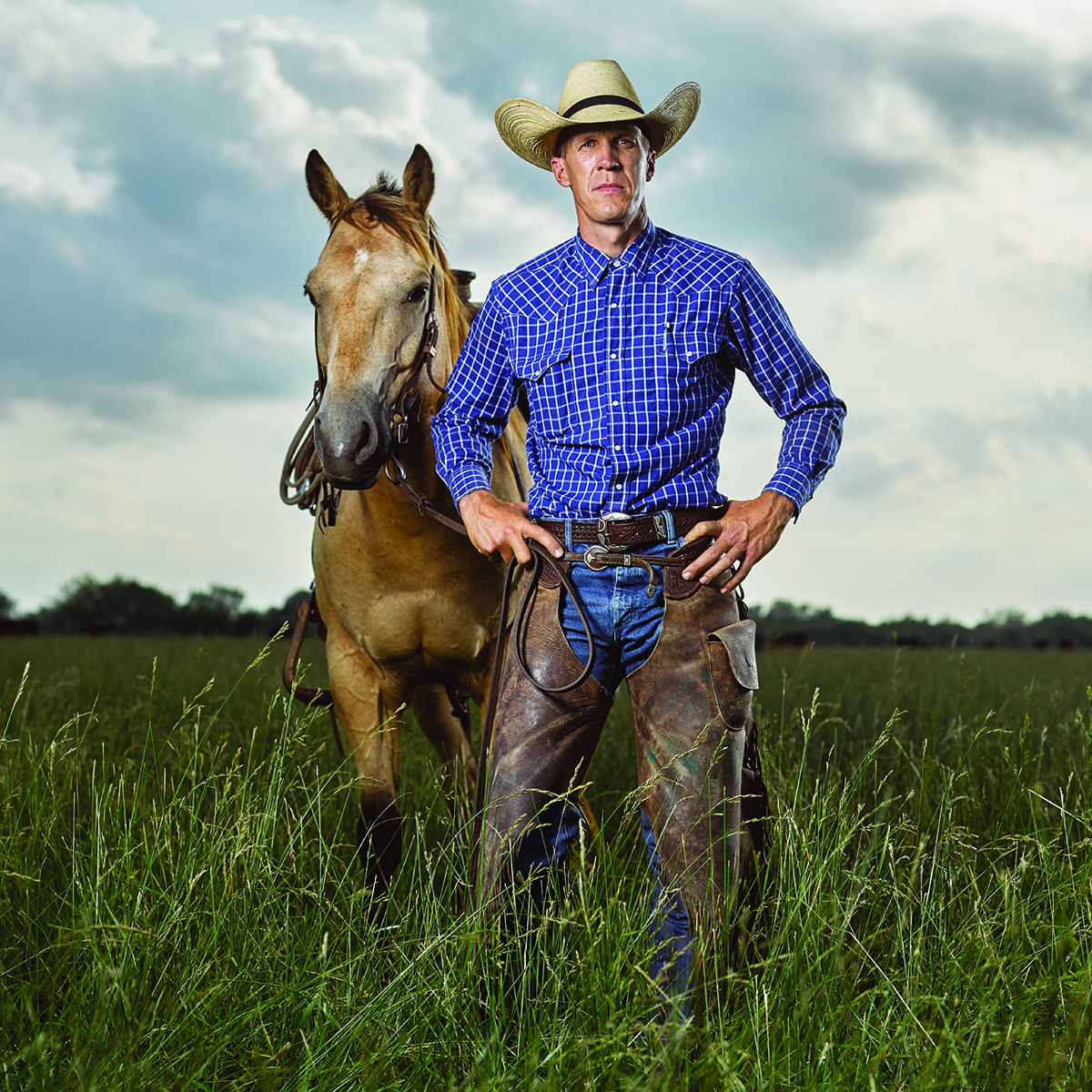 Kansas rancher, Matt Perrier, stands by his trusty horse while he checks on his cattle that are grazing open pastures. This photo is part of Scott Stebner’s year-long documentary covering Kansas farmers and ranchers.

“[He] always knew he wanted to return to the family ranch. But first he wanted to get an education and broaden his business and industry experience by working off the ranch.” – Lisa Henderson

Matt represents the fifth generation of his family’s registered Angus and ranching operation  in Greenwood County, near Eureka, KS.  His philosophy of ranching might be summarized in the advice he passes along: Always be willing to change.  He quotes Bruce Barton:  “When you’re through changing, you’re through.”   His business model blends technology with tradition to produce  a no-nonsense approach that “produces animals that profit their owners through their production.”

Prior to coming back to the family business, Matt was director of retail and foodservice programs for the Pennsylvania Beef Council and served in several staff capacities, including as a regional manager for the American Angus Association.

Matt is currently President of the Kansas Livestock Association and has held numerous leadership positions within his industry. He also served as vice president of the Greenwood Preservation Society, which helped restore the historic Greenwood Hotel in Eureka.

Matt Perrier graduated from Kansas State University in 1996 with a degree in animal sciences & industry (AS&I).