How the residency unfolded…

The first multi-disciplinary residency took place at Volland in the summer of 2019 with artist, Zhang Hongtu, and poet, Mary Pinard.  The residency at Volland provided an opportunity to share observations and knowledge, enriching each practice through exposure to a different discipline.

Hongtu and Mary brought sincere interest and deep respect for the Flint Hills and the culture of our community.  Hongtu is developing a new portfolio of work on bison and prairie, and Mary is expanding last summer’s  experimental work of aspects of the Kansas tall grass prairie to include three additional US prairies.  The artist and the poet talked about their work and shared the experience of their residencies at The Volland Store on June 8 at 4 pm. A reading by Mary included an ekphrastic poem created in response to a recently completed work by Hongtu.  Following the discussion, Hongtu demonstrated how he uses the iPad to begin a drawing or painting.  It was a good time for the community to meet and visit personally with Mary and Hongtu – and was followed by an evening of food and music with “The Cherokee Maidens.”

Hongtu and his wife Miaoling headquartered in the Loft at The Volland Store, while Mary was hosted in the Reece bunkhouse on Trails End Road, near Volland.

A warm Wabaunsee County welcome was extended to Hongtu, Miaoling, and Mary – 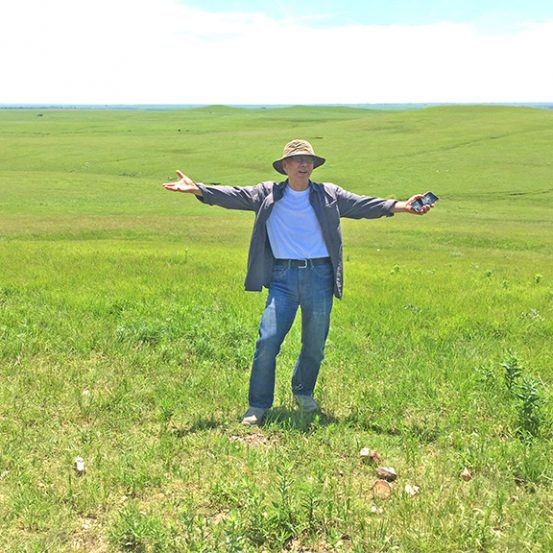 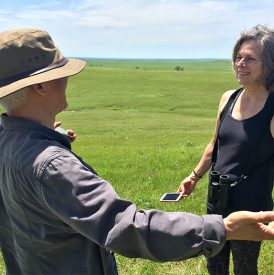 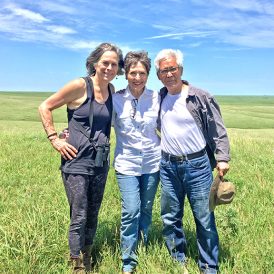 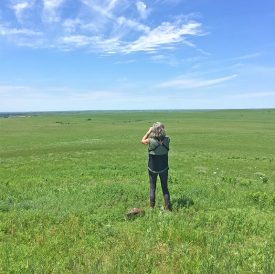 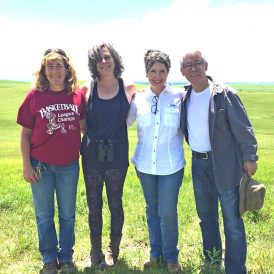 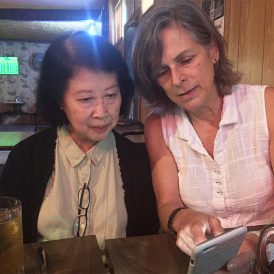 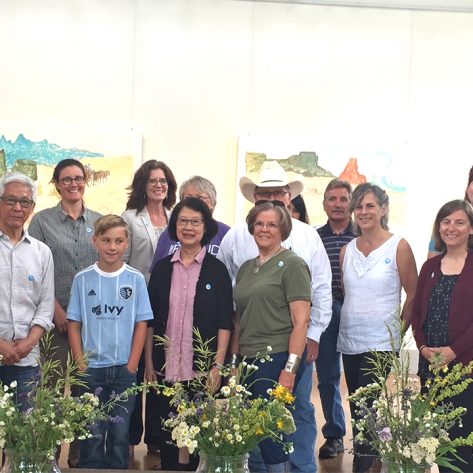 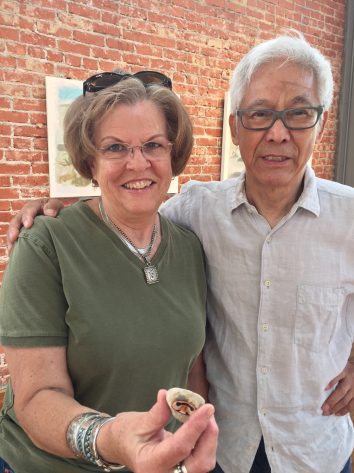 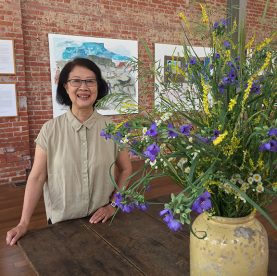 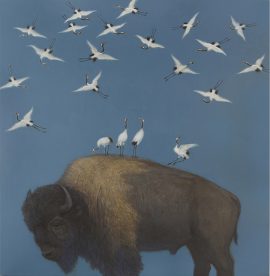 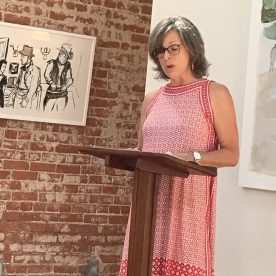 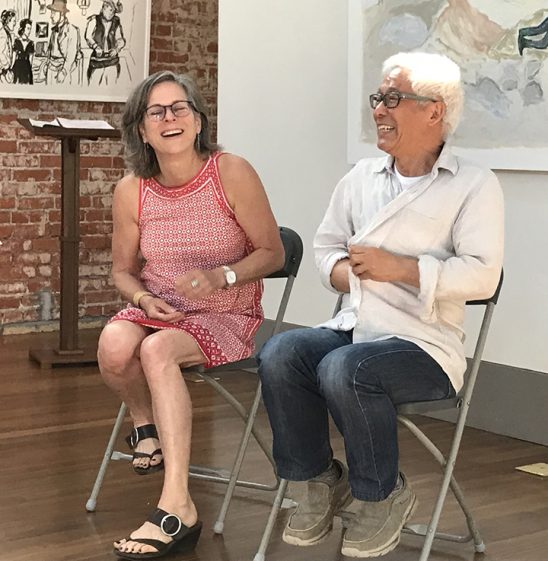 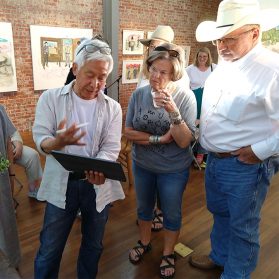 Hongtu demonstrating his process to Peggy and Gary Schultz 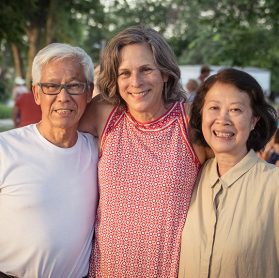 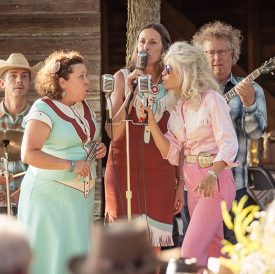 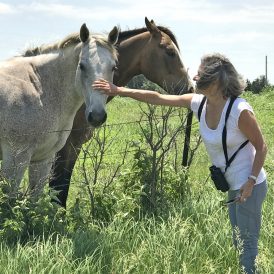 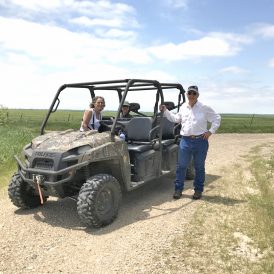 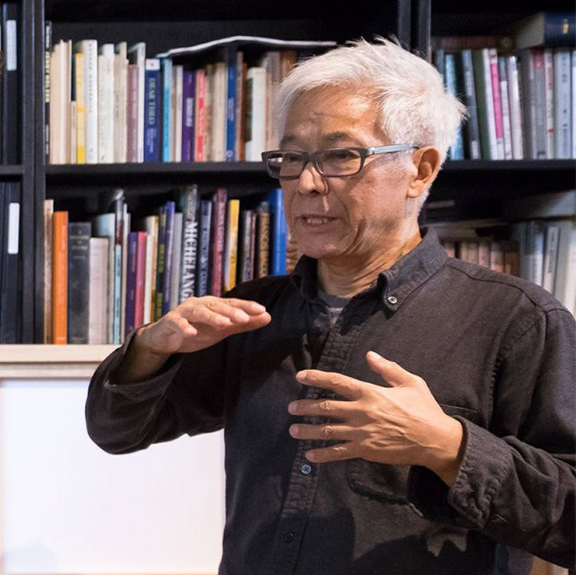 Zhang Hongtu is a Chinese American artist based in New York, whose recent landscape paintings contemplate the impact of human activity on nature and native animals. His first visit to Kansas last year inspired him to work on a new painting series on bison and prairie. Zhang is an internationally recognized artist whose work has been exhibited in Asia, Europe, and America. 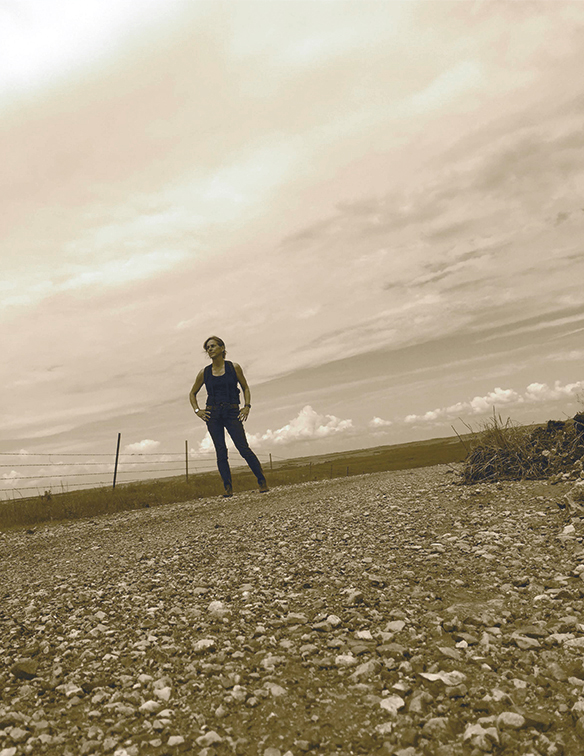 “never wanted to leave this place”

Mary Pinard is a poet and a professor of poetry and literature at Babson College in Boston, Massachusetts. A published poet, her work has recently centered on the prairie, and she has spent time in the Flint Hills during the last several summers.  The photo above is a “selfie” she took on one of her long walks in the summer of 2018 – an attempt to explain the Flint Hills to her friends back home – and why she finds it so compelling.   She titled it: “never wanted to leave this place.” Nor do we want her to.