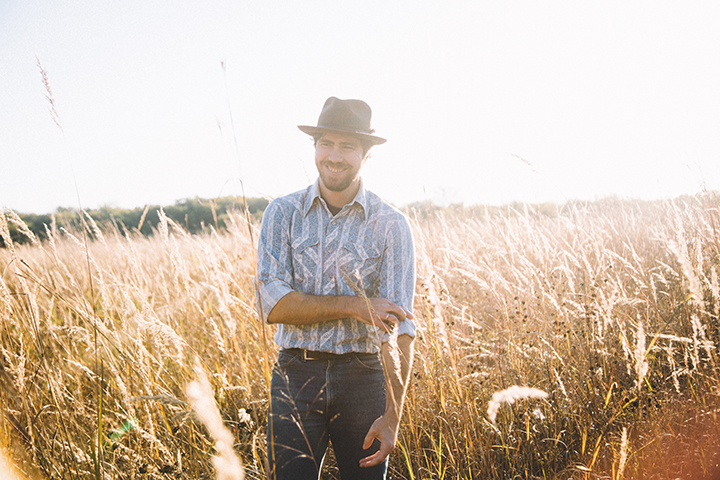 Sky’s from Kansas. He calls his music Folk, some call it Country, but call it what you want Sky is a brilliant songwriter. Clever, funny, heartbreaking and honest. With a lovely smile to boot.

This is Sky’s second Kansas Tour, bringing his music to Kansas towns and cool places.  Join us for a good Saturday night at Volland.

Free will admission.  Beer and sodas available for purchase.

Lawrence, Kan. – Sky Smeed will be celebrating Kansas this January and February, with an exclusive 20 date tour of the state. It’s the second year in a row that the Lawrence based songwriter will be packing his bags and guitar for a month of music, exploration, and trail running in his home state.

“Last year’s Kansas tour was a breath of fresh air for me. I made new friends, visited towns I had never been to, and shared my songs along the way,” says Smeed. “I’ll be returning to some of my favorite places and venues this year, but I’ve also managed to include a handful of new spots to check out. I love Kansas, and I love the fact that I’ve been living here most of my life and still haven’t been to every nook and cranny.”

Sky was born and raised outside of Chanute, Kansas, in an old, one-room schoolhouse his parents bought and turned into a home in the early 1970s. Two years ago he sold the country home he built by hand and moved north to Lawrence and began settling in to an old fixer-upper on the north side of the Kaw River.

Smeed will be releasing his seventh album, Leaving Again, this year on February 9th, but he’ll have it available for early purchase, along with other exclusive merchandise at every Kansas Tour stop.

Don’t miss Sky Smeed at The Volland Store in Volland, KS on February 2nd at 7:00 p.m.