The authors will speak about their recently published book 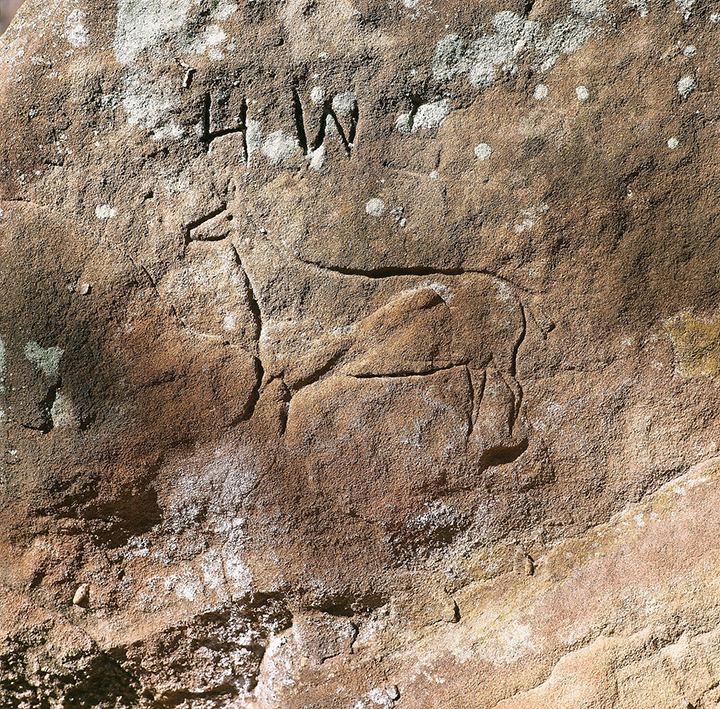 Long before the coming of Euro-Americans, native inhabitants of what is now Kansas left their mark on the land: carvings in the soft orange and red sandstone of the state’s Smoky Hills.  In a series of photographs, Petroglyphs of the Kansas Smoky Hills offers viewers a chance to read the story that these carvings tell of the region’s first people- and to appreciate an important feature of Kansas history and its landscape that is increasingly threatened by erosion and vandalism.

Virginia Wulkfkuhle, Public Archaeologist Emerita at The Kansas Historical Society and Editor of The Kansas Anthropologist

“The only way to preserve rock art—a finite and fragile cultural resource—is to record it. This book is an important contribution toward that goal…. Buchanan’s narrative style makes science approachable to a broad audience. His commentaries are strong on observing things in context, within both the natural landscape and human lifeways. The presentation is respectful to Native Americans, not presuming to speak for them or co-opt their heritage, and the positive role of private landowners is acknowledged. The strong stewardship message is exemplary.”

“The book documents many carvings associated with the Wichita and the Pawnee tribes that have survived for centuries in the outcroppings, bluffs and caves of central Kansas.”

Rex C. Buchanan, a native of central Kansas, is the director emeritus of the Kansas Geological Survey at the University of Kansas.

Burke W. Griggs, associate professor of law at Washburn University School of Law, is a fellow at the Woods Institute for the Environment and an affiliated scholar at the Bill Lane Center for the American West, both at Stanford University.

Joshua L. Svaty is the fifth generation of his family to farm in Ellsworth County and has worked on natural resource issues with nonprofits and state and federal government.  He was the 14th Kansas Secretary of Agriculture.

This promises to be a very interesting afternoon.  Come early for good seats.  Bring your friends, neighbors, children, and grandchildren.