Chico Sierra, “The Decolonization of Physics”

CHICO SIERRA and ANNIE HURLBUT ZANDER share an enthusiasm for Latin America. The two are specifically invested in indigenous culture: for Sierra, Mesoamerican art; and for Zander, Peruvian and Bolivian textiles. Based in Kansas City, the two have turned that interest into their practice.

Sierra reflects on the lines, motifs, and imagery of pre-Colombian, aboriginal people of Mexico. He then brings these elements to his own work, skipping the mis-appropriated influences hatched by colonizers. The result is a conflation of the painter’s ideas and cultural heritage.

Zander’s collection of Andean textiles shares Sierra’s attention to the authentic. A research trip in Peru in 1975 launched a fascination in the woven work coming from high in the Andes. She began collecting shawls, mantas, scarves and more. The trips later turned into a business which continues to this day: Peruvian Connection, artisan-made women’s wear using ethnographic textiles as the point of reference.

Volland is pleased to bring Sierra’s paintings together with a selection from Zander’s private collection.  Mapping Culture: Chico Sierra and Andean Textiles celebrates the elemental art and textiles of Latin America, from which the outside world has found countless inspiration, including the artist and collector. 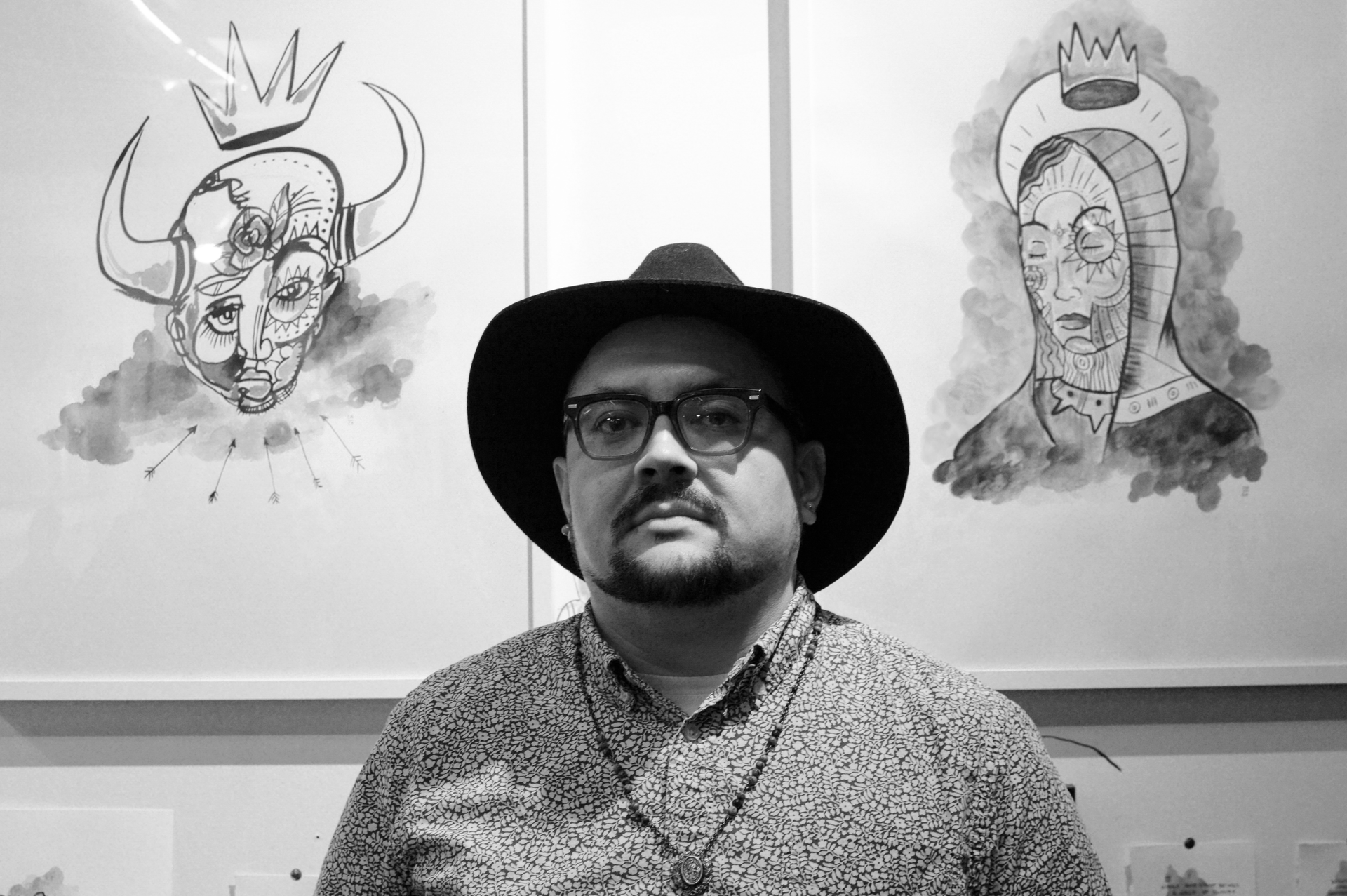 Originally from El Paso Texas, visual artist CHICO SIERRA now resides in the Midwest. Primarily a self-taught artist, Chico attempts to connect the dots of his cultural history and create new stories based around humanism, class structures and social justice. Influenced by his interests in varying social sciences and spiritual iconography he is attempting to create new narratives using symbolism that has been previously clouded by colonialism and more recently appropriated by euro-centric new age spiritualism.

Chico has shown consistently in various galleries in Kansas City, and has work that has been acquired and has exhibited at the Nerman Museum of Contemporary Art. He has spoken on cultural appropriation at the Nelson Atkins Museum of Art, and he was a featured artist as part of their Picasso exhibit. He has also assisted with the Nelson Atkins Museum Day of the Dead exhibit for several years through their collaboration with Mattie Rhodes. Because of his work on culture and ethnic identity he has taught various workshops, has been asked for his thoughts on varied panels and is outspoken in regard to these subjects. ANNIE  HURLBUT ZANDER is the founder of Peruvian Connection. The letter ‘A’ is more than just the first letter of Annie Hurlbut Zander’s name. An alliterative list of ‘A’ words immediately trips off the tongue: American, anthropologist, Andes, alpaca and artisan to name but a few. But perhaps the most fitting in terms of defining both her home and work is authentic. Since her first visit to Peru in the 1970s, Zander and her mother’s business Peruvian Connection has gone from strength to strength – providing a route through which the traditional textile aesthetic of Peruvian artisans can be sold to a Western market and simultaneously be supported and appreciated.

From Selvedge magazine- “What truly captured my attention about Q’ero and other Andean textiles was the fineness of the spin and the complex weaves of the pattern striping.The extremely fine yarns used resulted from an extraordinarily tight spin of the alpaca fiber. The drape of the finest ceremonial textiles is supple and almost silk-like. Even more incredible, since the textiles are warp-faced, the end design and the complex weave structures, including 3-color complementary warp weave, must be visualized and worked out prior to the warping of the loom. This makes warp-faced patterning much more difficult to achieve than weft-faced tapestry design which can be worked out and adjusted as the weaving proceeds.” 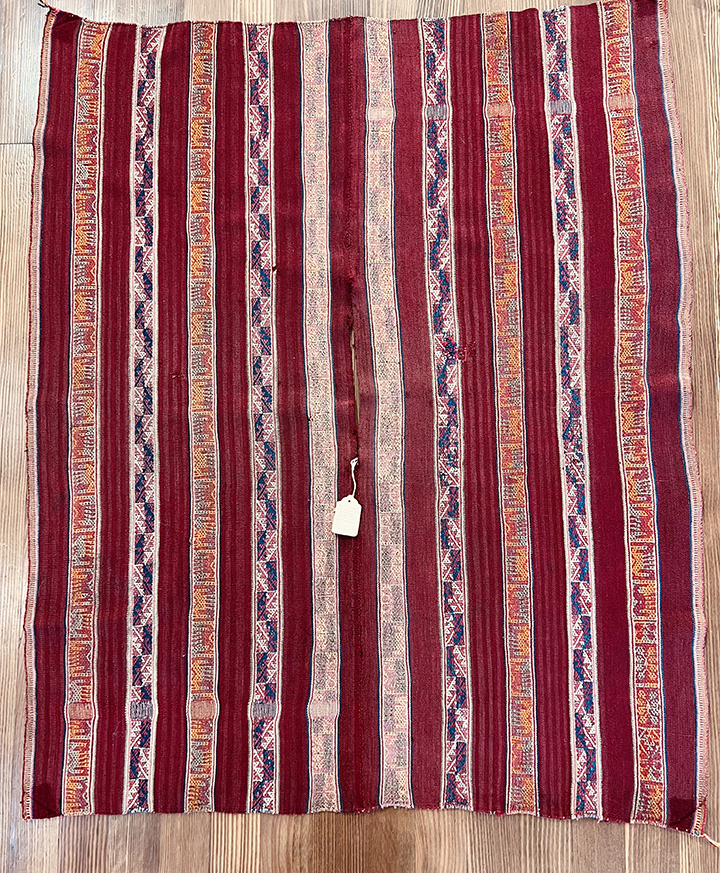 Filed Under: ART, Past Events |