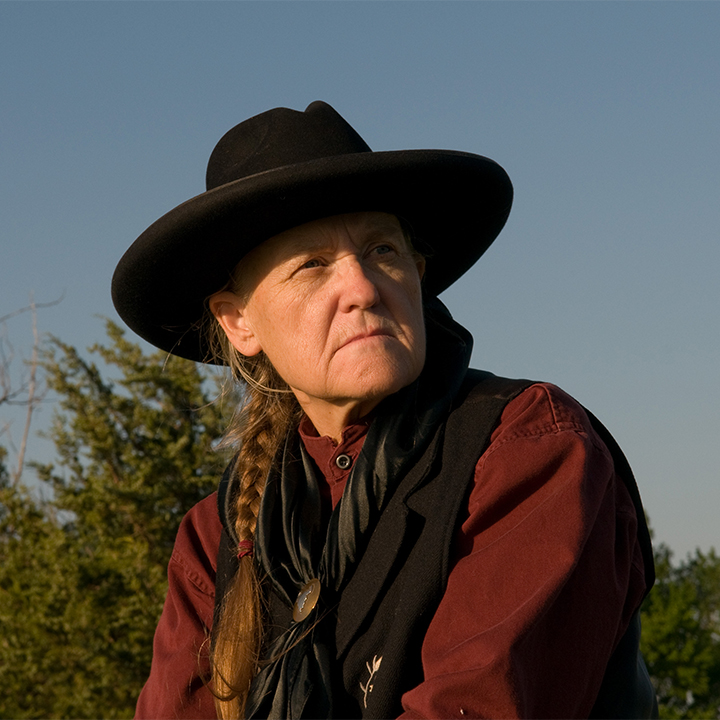 2 pm | outside by the Blacksmith Shop | bring a lawn chair

CALAMITY JANE TO RIDE INTO VOLLAND

Have you ever wished you could ask Calamity Jane what Wild Bill Hickok was really like?

You can ask that and more at The Volland Store, Sunday, August 4, at 2 pm.  The public is invited to hear Dr. Joyce Thierer tell stories as everyone’s favorite rowdy western woman and then answer questions, first as Jane and then as Joyce.  Dr. Thierer’s Calamity Jane is a delightful frontierswoman who has spun a good many yarns about her life, and does not mind letting her audience know how she has helped create her own myth.

“Make the best of what life gives you,” was one of Calamity Jane’s mottoes.  Life gave her a family she loved, but lost, when her parents died along the Overland Route. Her parents had, however, already given Martha Jane Cannary skills that helped her survive.  She was an excellent rider and able to hunt, farm, and drive a team. In time, she tells us, she parlayed those skills into becoming the only woman scout the U.S. cavalry ever had. She will also, though, have you know that in addition to playing men’s roles she also played very traditional women’s roles on the frontier, giving birth in a dugout along the Yellowstone River and nursing the sick during the smallpox epidemic.

Calamity Jane will no doubt talk about her horses. She will also tell of having to give her daughter up for adoption and how a visit to her daughter in Virginia led to a disturbing encounter with late nineteenth-century fashion.  Calamity Jane’s many stories come from the letters she wrote to her daughter.

Calamity’s alter ego, Joyce Thierer, grew up riding horseback on a diversified farm/ranch in the Flint Hills of Kansas.  She earned her bachelor’s degree from Kansas State University, master’s degrees in library and history from Emporia [KS] State University, and her Ph.D. in American History from Kansas State University.  Dr. Thierer is Professor Emeritus of History at Emporia State University, and during her career as an award-winning professor, she researched, published, and lectured in the areas of women’s history, rural life, and agricultural history.  Among other classes, she taught “Women of the Old West,” and in 2017 Dr. Thierer was inducted into the Kansas Cowboy Hall of Fame.

Her performances have been produced for thirty years by Ride into History, an historical performance touring troupe on the Kansas Arts Touring Program and the Mid-American Arts Alliance roster as well as the Kansas Humanities Council.  The troupe performs for a wide variety of audiences.  Based in Kansas, Ride into History has performed from Minnesota to Texas, and the Smithsonian to Saipan.  Audiences of all ages have praised Ride into History’s performances for being both entertaining and educational.

Ride into History calls what they do, “sneaky history,” engaging people with the past through drama.  They frequently get notes from students saying, “You made it seem as if we were really there in the Wild West.”

Ride also conducts workshops for adults, and camps to teach young people how to research, write, and perform first-person narratives, usually with a local history theme.  Dr. Thierer is author of Telling History: A Manual for Performers and Presenters of First Person Narratives (AltaMira Press, 2010) and co-author with Ann Birney of Performing History: Researching, Writing, Acting, and Coaching for Historical Performance (Rowman Littlefield, 2018).

According to Dr. Thierer one of the most fascinating things about Calamity–and other famous women–is discovering how an ordinary girl becomes a woman whose choices change history and make her a symbol, a mythic figure.

Calamity Jane was of the nineteenth century.  And, Thierer remarks, “She may have lived largely outside proper roles for women, but those roles were clearly labeled, and she knew the meaning of the choices she made.  Earning wages which would enable her to be independent meant wearing men’s clothing and becoming a man among men, an outsider in ‘proper’ society. Circumstances having placed her on the western frontier, she became also a marker of the frontier of possibilities for women.”  In her later life Calamity Jane manipulated her public image, earning her living not as a scout or stagecoach driver, but as a performer, a storyteller who told her stories in exchange for basic necessities.  She was, ironically, a survivor who died young.

Join us for a delightful Sunday afternoon at The Volland Store!